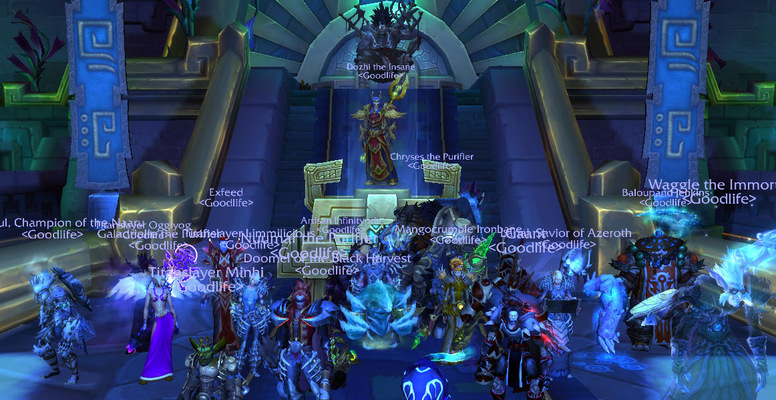 Through varies tries were we fined tuned tactics (died to stupid stuff), we managed to pull off our first Rashtakhan kill. These few wipes obviously just served to get us a beautiful rank 10 execution ranking. Now when I think about it, it was probably the first boss were we ever had a completely death free first kill. Things went smooth and we are delighted.

However, as smooth as Rashtakhan might have went, things sure do look more chaotic on Mekkatorque. Chaos, jippies. Well, hopefully he will prove more resistant than the long-lived king of the Zandalari empire. Does he die for real in this, or is it just Jaina teleport away getting defeated? Who knows, let us hope he dies for real, too many gnomes as it is!
2 Likes
Share